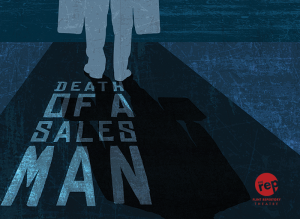 Death of a Salesman

Presented by Flint Institute of Music at Flint Repetory Theatre

We begin our season with one of the greatest American plays of all time, Arthur Miller’s DEATH OF A SALESMAN, starring one of Broadway’s most accomplished and exciting actors, two-time Tony Award® nominee Lewis J. Stadlen as Willy Loman.

AN AMERICAN MASTERPIECE Starring two-time Tony Award ® nominee for featured actor in a musical and actor in a play, Lewis J. Stadlen.

Death of a Salesman, long considered one of the best plays of the 20th century, chronicles Willy Loman’s fight for attention and respect as he crumbles under the weight of the American Dream. This emotionally gripping American classic about fathers and sons, promise and anguish, loyalty and loss, is as relevant today as it was when it received the 1949 Pulitzer Prize for Drama and Tony Award ® for Best Play.